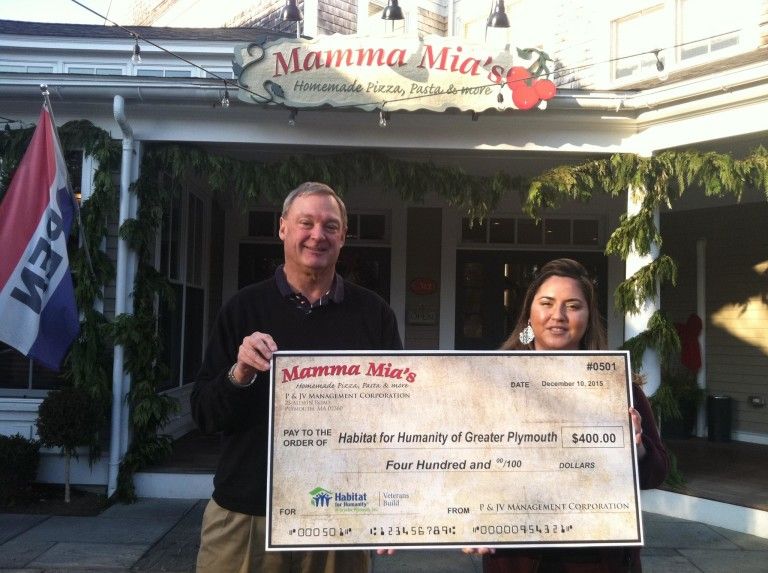 In December, the affiliate joined the Toys for Tots campaign at the East Bay Grille on December 4th where we were featured as part of the WATD broadcast of the Veterans Voice program. The event was a success for the Marine Corps Reserve who organize the annual effort, and Habitat friends gave a number of gifts for the children.

In November, Cara Cipullo, Marketing Director of Mamma Mia’s, presented a donation check for $400 towards the Long Pond Road Veterans Homes, thanks to the successful Veterans Day event held at the Waterfront and Pinehills restaurants!

Thank you to our generous sponsors!

Ongoing support is important to enabling projects to continue their work, so we encourage donors to continue to contribute to projects over time. But if you must cancel your recurring donation, please notify us.